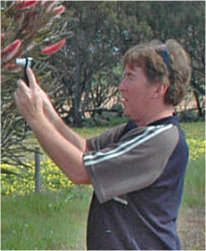 James grew up in country Queensland, surrounded by the spectacular outback scenery of the central highlands. His photography reflects his love of the Aussie Outback and the colours the landscapes infuse on the mind. James takes great delight in capturing those colours; the browns, the pinks, the blues!

I grew to love the great outdoors and even now while living in Perth regularly go bush to find new scenery to feature in my photography.

My camera of choice is a Nikon full-frame DSLR - the D610. Lenses vary from a 14mm wide angle Samyang lens through to a 200-500mm Nikon zoom lens. I also use a micro four-thirds system, the main camera being the Olympus Pen-F camera body. Lenses to compliment this system vary from a wide angle SLR Magic 8mm lens to a Lumix 45-150mm zoom lens.

My previous camera, which I still use regularly is the original Olympus E-PL1 micro four-thirds body and my 'smash and grab' smartphone camera is the Huawei P20 with a Leica f1.8 triple lens system. 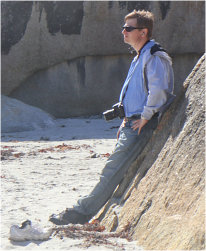 Scott's love of the variation in the day are picked up in his 'other eye' and his portfolio is full of early morning hues, sunsets over the waters and his great nightime shots of the 'starry starry skies' and the cities lights are simply quite spectacular.

He is also drawn to the historical, the 'hidden away corners' and close-ups of natures sometimes 'weird' objects and creatures; of which there are plenty in Australia. 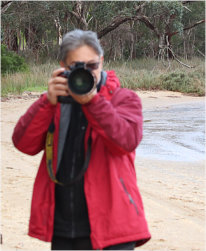 Glenn is the true master at providing in his photos the things we mortals often 'miss' in a past glance. His angles and colours are truly unique and his knowledge of his equipment makes him a real professional at his craft.

His love for the great outdoors and in particular the birdlife takes him to many out of the way corners of the country in his quest to add to his tally of sightings for the year and his cameras are always in his hands.

If you want to get somewhere 'fast' do not go with Glenn because he is always stopping to see something and take a photo of something else, usually something the rest of us drive right past and miss the beauty or mystery of! 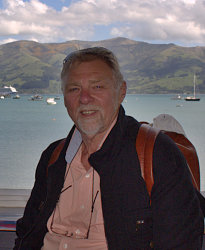 Robert has travelled extensively throughout Australia and Europe and has always had a camera in hand. Like most non-professionals with the camera he benefits from the fact that at least one out of every hundred photos is a 'good one'.

His work building websites has given him the incentive to be more thoughful about his photography and thus has been able to increase the ratio a bit.

It was Robert's idea that led to the development of the AUSTRALIA MY LAND concept as an online 'glossy magazine' promoting the country and yes some of his photos have crept onto its many pages. 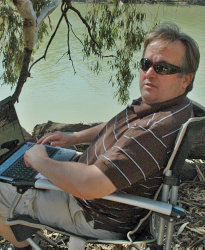 Has always had a keen interest in photography whose efforts have improved ever so slightly with the help of his brother-in-laws tuition over recent years. Lyle is the Project Development Manager for the AUSTRALIA MY LAND project and associated website projects including The Australian Photo Expo and like Robert his 'amateur' efforts have found their way onto many of the pages thereof.

Australia Through the Other Eye!